When used regularly, the right oil additive can improve the quality of the oil and even extend the life of your engine. The benefits vary depending on the type of additive you use, but most will keep the oil from becoming contaminated, breaking down, or otherwise performing at substandard levels. With so many choices on the market, however, it can be difficult to decide which one to invest in.

Here are three of the main components to look for when shopping for an oil additive:

Rust Inhibitors
The product should help keep the engine running smoothly by preventing the buildup of rust. Steer clear of any additives that don’t list rust prevention as one of their key elements.

Better Gas Mileage
An increase in miles per gallon (MPG) is, arguably, the best reason to invest in an oil additive in the first place, so make sure the product will provide this essential service.

Reduced Friction
The additive should also contain lubricating elements that will reduce wear and tear on the engine’s gears, thereby extending its overall lifespan.

In this guide, we’ll discuss ten of the top-selling oil additives on the market, and whether or not they’re worth your money. Bear in mind that personal preference should also be a guiding factor in your decision; you should choose the product that best suits your vehicle’s individual needs.
SeaFoam SF-16 Motor Treatment

This EPA-registered additive is 100 percent petroleum, making it suitable for both gas and diesel engines. It can also be used for boats, tractors, and small engines, so it’s a good all-purpose choice for hobbyists. The packaging makes it exceptionally user-friendly, even for first-timers. In addition to providing lubrication for all the necessary parts, it also aids in noise reduction and rust buildup.

Consumers report that using SeaFoam has greatly improved their engine’s performance, even in older models that have been running poorly for some time. They claim that the investment is well worth it, as use of the additive reduces overall maintenance costs in the long run. 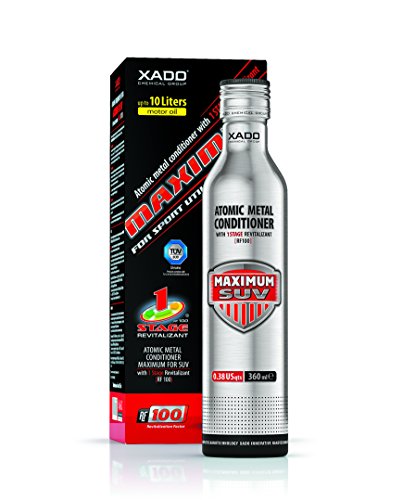 XADO is a heavy-duty performance enhancer, reducing wear and tear on the engine and even restoring worn surface areas on some parts. As the name suggests, this product is best suited to the engines of larger-scale trucks and SUVs, although it can also enhance the performance of any old and worn engine. The advertising claims that a single treatment will remain effective over 60,000 miles, which is significantly longer than the majority of the products on our list.

This product receives positive marks in field tests, particularly when used on older and heavily used engines. Both gas mileage and acceleration are said to improve significantly after use, and there were sizable noise reductions reported as well.

A nice all-purpose choice, BestLine works to clean, protect, and lubricate your engine all in one go. The lubricant helps keep noise complaints to a minimum, another plus. As a side benefit, its use will also reduce carbon emissions, which makes it one of the more environmentally sound products listed here.

Field tests revealed that BestLine improved gas mileage by up to 10 miles per gallon, a development that was greatly appreciated by the consumers. It was also noted that this product works especially well for motorcycles, even across a broad spectrum of makes and models. 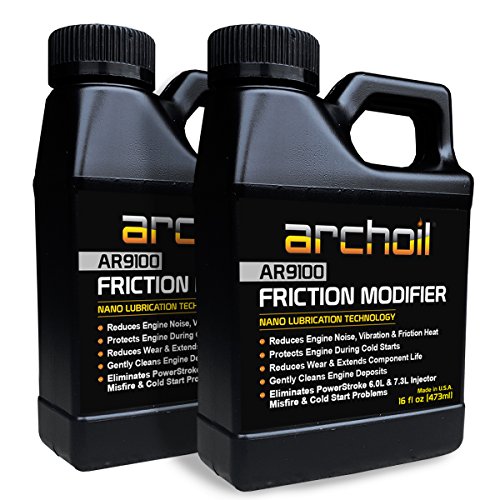 While Archoil performs many of the same functions of the other additives on our list–reduction in noise and engine vibration, a smoother ride–it’s also geared specifically toward improving the performance of PowerStroke models. In particular, it helps these Ford diesel engines in the event of cold starts and injector misfires. Still, it’s suitable for both gasoline and diesel, as well as for gear boxes and power steering systems.

Testers report that the product does give engines that added boost during cold starts, and that there’s a marked improvement in acceleration, especially during towing. Those who drive larger vehicles and/or reside in an area with a colder climate should give Archoil special consideration. 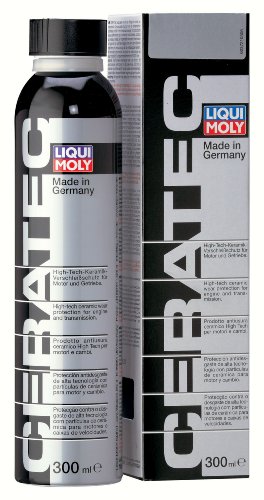 This lubricating blend, manufactured in Germany, is compatible with any and all commercially available oil products. Made of finely ground ceramic particles that melt and redistribute while the vehicle is running, it reduces friction by adding an extra layer of protection to the engine’s parts. Liqui Moly maintains a high degree of stability even in extreme temperatures, something that can be appreciated by consumers on either end of the hot-cold spectrum.

While some testers reported a slight increase in fuel economy, a higher percentage claimed that there was no noticeable improvement in this regard. If you’re just looking for noise reduction and an extended life-span for the engine, this serves those purposes just fine, but it might not cover all of the bases we mentioned earlier. 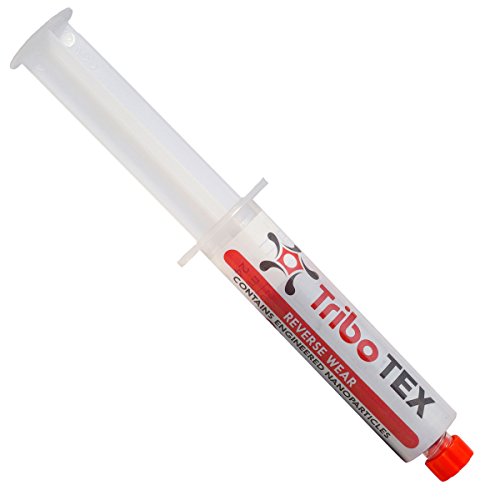 The intriguing design of this product’s packaging alone makes it worth a second glance. Developed using nanotechnology funded by NASA and the National Science Foundation, TriboTEX works with both gas and diesel engines, and is compatible with a wide array of commercial motor oils. The result is similar to the one created by the ceramic particles found in Liqui Moly, only the material is more scientifically advanced. As an added incentive, it comes with a 100 percent customer satisfaction guarantee, so giving it a try is essentially risk-free.

The consumer response to TriboTEX has been overwhelmingly positive, with testers claiming that it made for a quieter and smoother overall ride, especially in vehicles with high mileage. Some fuel economy improvement was also reported, as well as an increase in power over longer distances. 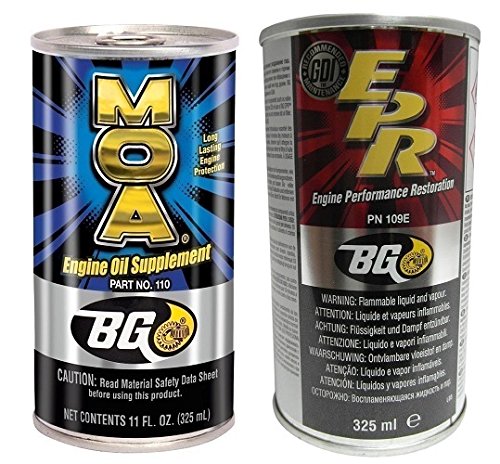 Big MOA is highly popular, with many retailers selecting it as their number-one seller in recent surveys. It aids in the removal of buildup and sediment, as well as supplying lubrication for noise reduction. Its performance can be improved still further when it’s used in conjunction with other select Big products.

Field test results were good overall–even consumers who admitted to being skeptical about oil additives were pleasantly surprised at how well the product worked. In particular, it seemed to extend the life of the oil remarkably well, making the need for changes less frequent. It also came in handy on cold mornings, when engines were having a hard time keeping up with the low temperatures.

Lucas is said to increase the life expectancy of the oil by at least half, as well as increasing the fuel economy of the vehicle. It touts a smoother ride and greater oil pressure as two additional benefits. Note that it’s geared toward synthetic oils in particular.

Customers generally agree that the product works well and is a great value. Vehicles that tend to burn oil will benefit most from this additive, as it works as a preventative to keep the oil from breaking down. Lucas has a solid reputation as a supplier of oil products and additives in particular, and earns the stamp of approval from professional mechanics as well as laypeople.

This product provides the lubricating elements that help prevent the wear and tear caused by friction. If the vehicle has difficulty starting due to age and residue buildup, this is a good choice, as it also helps maintain a cleaner engine. Red Line contains zinc and phosphorous, two of the key components found in quality oil additives.

While consumers report that this is a decent product that performs as advertised, most have noted that it’s not necessary to use an entire bottle for each treatment. A few ounces here and there are reportedly just as effective, which means that Red Line earns bonus points in the value department. 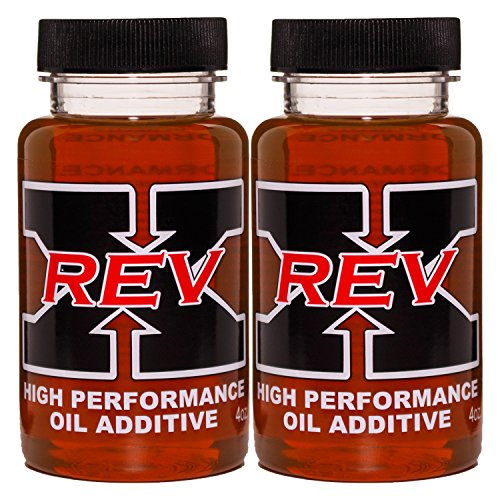 The benefits of this treatment are mainly lube-related–it’s designed to release injectors that have been jammed or stuck, without the aid of dangerous chemicals. In addition to being ecologically friendly, it’s compatible with both diesel and gasoline engines.

Drivers of diesel trucks in particular have lauded the results they’ve gotten from REV X, especially during cold weather when the vehicles were reluctant to start. Most have also reported an increase in engine productivity and power after using this treatment, and they recommend that consumers give this a try before resorting to having the injector replaced.

Other Considerations and Frequently Asked Questions

How often should oil additives be replenished?
It’s easy to remember when to refresh the additive–simply add a new batch each time the oil needs to be changed. If the additive is doing its job, this will be much less frequent than before.

I already use a fuel additive. Is that the same thing?
In a word, no. While fuel additives might also contain lubricants to reduce engine wear and tear, they’re used mainly to alter the octane rating of the gasoline itself, thereby improving fuel economy. Oil additives work directly with the engine, which in turn allows the fuel to burn more efficiently.

How exactly do the oil additives improve performance?
Essentially, the additives change the chemical structure of the oil to ensure that it achieves the proper viscosity. Oil that’s too viscous (or thick) will gum up the works, while a too-loose consistency will cause the oil to flow right through the spots where its benefits are needed most. The additives work to keep this balance just right, so even older and well-used engines can run at peak performance.

Now that you’re more familiar with some of the more popular brands on the market, you’re ready to start shopping for the oil additive that will work best for your vehicle. Best of luck, and happy trails!